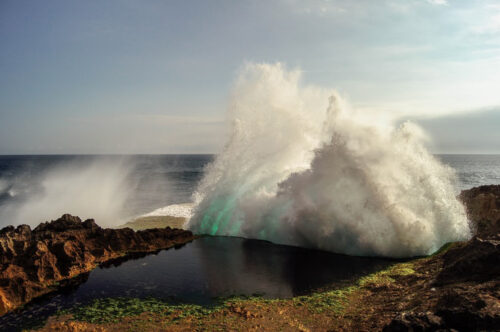 The G7 FSOI held its 2021 Working Group meeting through a 3-day series of virtual sessions from 28-30 June, hosted by the G7 UK presidency. At the meeting, delegations from the G7 (Canada, the European Commission, France, Germany, Italy, Japan, the UK and the US) agreed on the way forward with a set of joint G7 ocean actions including spotlight activities from the G7 Ocean Navigation Plan approved by the G7 Climate and Environment Ministers in May 2021.

“The sustained ocean observing system is an impressive voluntary collaborative effort, but it is incredibly fragile. By bringing together government, funding agency and, scientific experts from across the G7 working group aims to advance the observing system by identifying observation priorities for coordinated action and investment by G7 members. At this meeting, the working group agreed on a targeted set of priorities to take forward and, I look forward to working with G7 and non-G7 partners with the Global Ocean Observing System to take these activities forward,” Dr Katy Hill, UK coordinator of the G7 FSOI Coordination Centre, National Oceanography Centre

The G7 FSOI Working Group agreed to take forward several actions at the science-government interface, including a review of how ocean observations are coordinated and funded across G7 countries and ways to better align national funding mechanisms to support a sustained global observing system; commitments to work together and with international partners to complete and sustain the global biogeochemical Argo fleet of profiling floats; initiating the global dialogue on how the ocean observing system can evolve towards a global system with net-zero carbon emissions, and agreements on coordinating efforts to develop digital twins of the Ocean.

“The decisions made at the Working Group meeting have launched a targeted series of G7 priority activities at the science-government interface designed to accelerate key areas of observing system development and lay the foundations for governance and long-term evolution of an integrated global system. We look forward to working with G7 and non-G7 partners to implement these activities and to increase the understanding of the general public and policymakers about the needs and uses of a global ocean observing system,” Dr. Maria Hood, EU coordinator of the G7 FSOI Coordination Centre, Mercator Ocean International

The Working Group also highlighted the need for the G7 FSOI to take a leading role in crafting the science to policy narrative, using the visibility of the G7 to educate the public as well as policymakers about the fundamental role of ocean data to meeting the UN Sustainable Development Goals, and demonstrating knowledge-to-action pathways made possible by the global observing system.